Dr. Lin earned his Doctor of Dental Surgery (D.D.S.) from New York University and is licensed to practice in California.  He has a B.S. degree from U.C. Berkeley in Engineering.

He also received advanced clinical and didactic training by completing a General Practice residency at the Veteran's Affairs Hospital in Palo Alto.  Dr. Lin is known as a conscientious dentist who believes in minimally invasive dentistry. He takes the time to explain treatment options in a way that patients can understand. 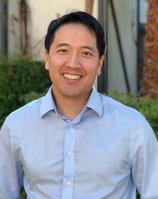 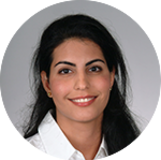 Avina Adamiyat, D.M.D., grew up in Sweden and attended the College of Charleston as an exchange student where she also met her husband. Realizing she had a passion for dentistry, she enrolled at the Medical University of South Carolina where she received her degree as Doctor of Dental Medicine. Following dental school, Dr. Avina continued her education in General Dentistry at the University of California, San Francisco where she received advanced training in all aspects of dentistry including oral surgery, endodontics, removable and fixed prosthodontics, pediatric dentistry and treatment of medically compromised patients.

Dr. Avina is committed to providing the highest level of patient care in a gentle and compassionate manner, as she strives to form lasting relationships with her patients. Dr. Avina has previously served as a medical missions volunteer, and she is passionate about spreading dental health awareness and prevention. She enjoys treating adults of all ages and has a special gift for caring for children especially since the birth of her own children. This young family loves to travel to continue to learn and appreciate different cultures and customs. Dr. Avina is trilingual in English, Swedish, and Farsi. She is also a member of the American Dental Association, Academy of General Dentistry, California Dental Association, and Santa Clara Dental Society. Dr. Avina looks forward to meeting you and your family as she becomes an integral part of your health care.